5 Steps for Women to Reduce Their Risk of COPD 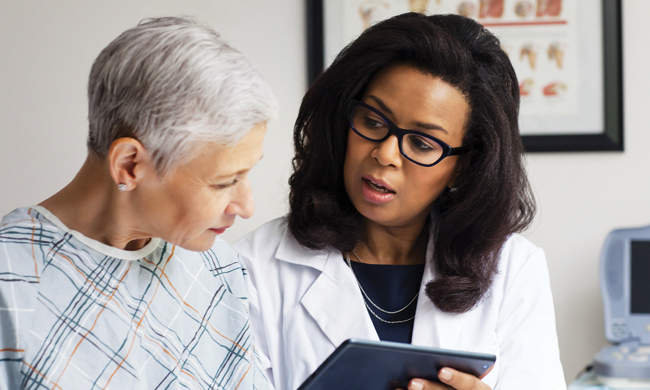 (Family Features) If you’re a woman who tries to stay healthy, you may exercise several times per week, watch what you eat and get 7-9 hours of sleep each night. But are you listening to your lungs?

Chronic obstructive pulmonary disease (COPD), a leading cause of disability and death in the United States, takes an especially heavy toll on women. You may think problems like shortness of breath, frequent coughs or wheezing are just signs of getting older, but it’s important to pay attention to these symptoms and discuss them with your doctor.

COPD is a serious lung disease that causes breathing problems and worsens over time. It has often been considered a man’s disease. Yet more U.S. women than men have been diagnosed with COPD in the past decade, and over the past 20 years more women have died from it, according to the U.S. Centers for Disease Control and Prevention.

Women tend to develop COPD earlier in life than men and are more likely to have severe symptoms and be hospitalized with the disease. The good news? According to the National Heart, Lung, and Blood Institute, there are steps you can take to reduce your risk for COPD.

Don’t Smoke
You probably already know cigarette smoking is harmful – but did you know that women may be more vulnerable to the effects of smoking? Women who smoke tend to get COPD at younger ages and with less cigarettes smoked than men. COPD is the leading cause of death among U.S. women smokers.

If you do smoke, it’s never too late to quit.

If you thought vaping was a healthy alternative to smoking, think again. Researchers are still learning about the long-term health effects of e-cigarettes, but they may contain as many, if not more, harmful chemicals than tobacco cigarettes.

Avoid Pollutants
Among people with COPD who have never smoked, most are women. Women may be more vulnerable to indoor and outdoor air pollution. Women’s smaller lungs and airways mean the same amount of inhaled pollutants may cause more damage.

Working in places like nail salons, hair salons or dry cleaners can expose you to harmful chemicals. If you’re exposed to chemical fumes at your job, talk to your employer about ways to limit exposure. Better ventilation and wearing a mask can help.

Stay Current on Vaccines
People at risk for COPD are more likely to have serious problems resulting from some vaccine-preventable diseases. Ask a health care provider about getting vaccinated against the flu, pneumococcal disease and COVID-19.

Talk to Your Doctor About COPD
Women with COPD tend to be diagnosed later than men when the disease is more severe and treatments are less effective. If you think you could be at risk, or you are having symptoms, bring it up with your health care provider. Treatment can ease symptoms and improve your ability to exercise.

Make a Difference for Children Globally this Holiday Season

3 ways to update your bathroom for hosting holiday gatherings